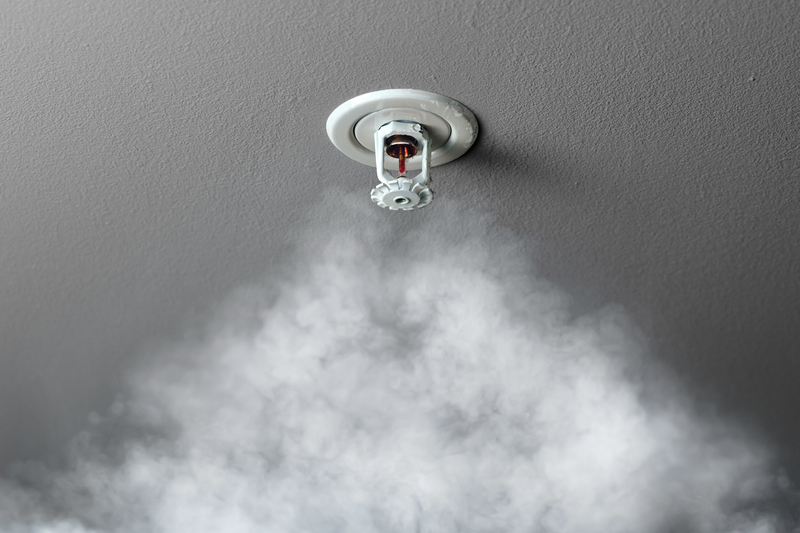 While no one ever hopes to have to deal with the financial and personal consequences of a fire, you must be prepared for one in the unlikely event that it does happen. But being prepared for a fire requires more preparation than you might initially think. As you consider your own building’s safety codes, make sure that you integrate some of these suggestions.

One of the most important aspects of your security when it comes to preventing fires is having a functional and effective overhead sprinkler system. If a fire were to break out in your large building, you could have much greater damages if your sprinkler system didn’t kick in and put fires out earlier.

Another important aspect of your security strategy in case of fires is installing appropriate and sufficient exit signs. OSHA has rules for exit routes that are important for businesses to comply with. So, if you are in the process of choosing a building for your business or if you already have a building, make sure that the exit signs follow the OSHA standards.

Over the years, standards sometimes change. So, if you’re in an older building, you might need to update some of those aspects of the security design.

While it might initially seem obvious to have a fire alarm in your commercial building, it can be easy for fire alarms to become neglected. When people forget to replace batteries in the fire alarms that are in individual rooms, you could end up having individuals who are alerted too late in the case of a real fire.

It’s also important that you think carefully about the kind of fire alarms that you install in your commercial building. There are a variety of different kinds to consider and they each have their pros and cons.

If you’re looking to have a building built, we can help! Contact us to get started.

Get A Free Estimate